An ambitious plan to create a destination marketplace, music venue, hotel and condo development on South Congress Avenue took a step forward with the recent blessing of the Austin Planning Commission.

The proposed St. Elmo’s Market and Lofts project will be debated by the Austin City Council some time in October, but the developer — GroundFloor Development — is hopeful for final approval by Nov. 1.

“From the first time I looked at the property, I was floored by the opportunity and I couldn’t stop thinking about it,” saidBrandon Bolin, founder and CEO of Dallas-based GroundFloor Development.

The former attorney for Jackson Walker in Dallas and a one-time executive for a real estate hedge fund created the company in 2008 to invest and develop properties in North Texas. Now he’s set his sights on Central Texas.

The current object of his affection is a property that, at first glance, might not look like the perfect spot for a grand mixed-used plan. It’s 9.5 acres in an industrial area near South Congress Avenue and St. Elmo Road. The Office Furniture Now warehouse dominates the site that's about a five minute drive from downtown.
GroundFloor plans to convert the old warehouse into a public market in the spirit of Pike Place in Seattle or Quincy Market in Boston, though Bolin says his real inspiration is the Mercado San Miguel in Madrid, Spain.

Partners and investors in GroundFloor will buy the land but Bolin is looking for partners for the different components — a food and beverage operator, music experts, condo developers and a hotelier.

“We want to be involved in every component rather than selling off pieces,” Bolin said.
On Sept. 23, the Planning Commission voted 7-0 with one abstention to approve the rezoning from industrial to mixed-use despite the fact that Austin city staff recommended against it.
According to the staff review notes, “The residential uses proposed (apartments and hotel) are not compatible with the industrial uses that currently operate near the property. In addition, the South Congress Combined Neighborhood Plan recommends that the area stay commercial and industrial.”
But Bolin said the location is prime infill and needs to transition to uses more compatible with the city center. Right now the area is dotted by machine shops and other industrial users. Bolin believes his proposal lines up with the Imagine Austin comprehensive plan.

Though some people spoke against the proposal, Bolin said many neighbors support the plan because it could raise property values and enhance the general ambiance of the area.
GroundFloor has yet to purchase the land as it waits for final approvals. Bill Coon has owned the site and has operated the furniture store for years. The 43,000-square-foot warehouse dates back to 1955 and would be converted into a chic marketplace and an adjacent indoor live music venue. About 200 condos would be built along with an independent boutique hotel and parking structure.

“It will be a very social experience. When people talk about what they want to do in Austin, we want St. Elmo’s to be part of that discussion,” Bolin said.
The timeline for the project is a way out. Bolin doesn’t expect to close on the property until 2015 with construction beginning in 2016 if final approval is given.
He hopes to channel the Continental Club — a famous live-music spot further north on the street known as "SoCo" — at the proposed 5,000-square-foot venue that could accommodate between 300 and 400 people.

“It’s going to be a great acoustical room,” Bolin said.

GroundFloor has drawn up conceptual plans for the site, but the company plans to hire an architect to hash out the details and oversee the project along with other local vendors “and a few folks from out of town.”

KBGE Engineering and Alice Glasco Consulting have been involved so far.

As the St. Elmo’s plan evolves, GroundFloor also is building a multifamily community at Avery Centre in Round Rock.

Bolin is excited about that and a few other emerging local projects, but the St. Elmo’s development is front and center.

“This is where my heart is,” he said. “This is what I’m really passionate about.”

Jan Buchholz covers commercial and residential real estate, construction and architecture and retail and restaurants for the Austin Business Journal. 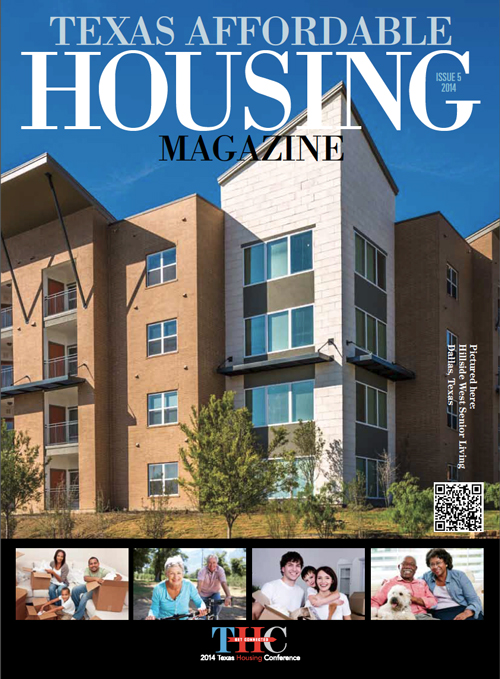 Hillside West Senior Living is featured on the cover and in a Spotlight article in Issue 5 of Texas Affordable Housing Magazine.

Click here to take a look at the article.